Craig Somerville – Putting them through HELL! XRT wading boots getting a hammering and still going strong. 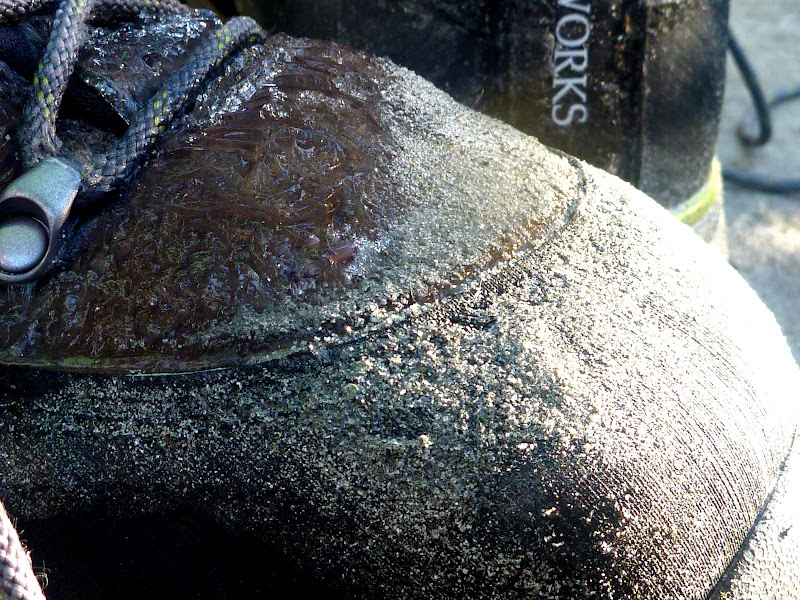 At 4:40am on the 29th August 2007, the North branch valley of a (name suppressed) river near Lake Wanaka, New Zealand, suffered a landslide subsequently blocking the river’s path.

A wall of approximately 11million cubic meters of rock formed a dam creating a new lake 500m wide, 2 km long and 70m deep. This makes for a lake volume of around 23 million cubic meters. The location of the lake is near the source of the river affecting the several kilometers of pristine water downstream.

The river was a well known favourite fishery amongst local fly fishing guides and recreationals alike, and with the landslide the river turned from an incredibly clear freestone paradise to a silt coated suffocated and temperamental spillway remoulded by a single destructive act of God.

The fishing of course was completely wiped out for several years due to the aluvial silt and debris. The fly life dwindled unable to sustain itself with the once loose river stones now being smothered. All in all a soul destroying moment for those of us that love what the river provided once upon a time.

Well good news!… This year on one of our regular country-wide fly fishing reconnaissance missions we managed to find many (average 3-4lb) wild rainbow trout back in the damaged yet recovering river system. They were strong fighting fish happily feeding on cicadas falling from the overhanging NZ Beech trees. This was of course a great day to have but even more so a relief that the river was on track to recovery. Never (used loosely), will the river return to it’s original glory but there is hope.

Potentially, there is a risk of the dam failing and the consequent flood would again destroy the river’s progress but maybe then the silt will be washed out. On the reverse side, the dam could hold forever, who knows?

For our next study we are researching the effects of high water levels on a local drainage system near Wanaka with data from the ORC and NIWA. Very fitting after a particular river system shot up from 12 cumecs to 1020 cumecs in 1 single day… by the way a cumec is 1 cubic meter or 1 tonne of water passing over a single point per second…just imagine 1020 tonnes flowing past you every second… that’s awesome! Stay tuned for our next study.